How to simultaneously start multiple instances of iOS simulator on Expo

On every React Native project that I was involved, there was always a most-feared moment: checking if your app is running as expected (and as similar as possible to the UIs shared by the designer) on lots of smartphones and iOS/Android version.

By default Expo permits you to load open only one iOS Simulator via expo-cli ios or via the Expo developers tools, but it's really difficult to check if the layout is working as expected (and to check that the current fix isn't breaking anything else) when you have only one device open. 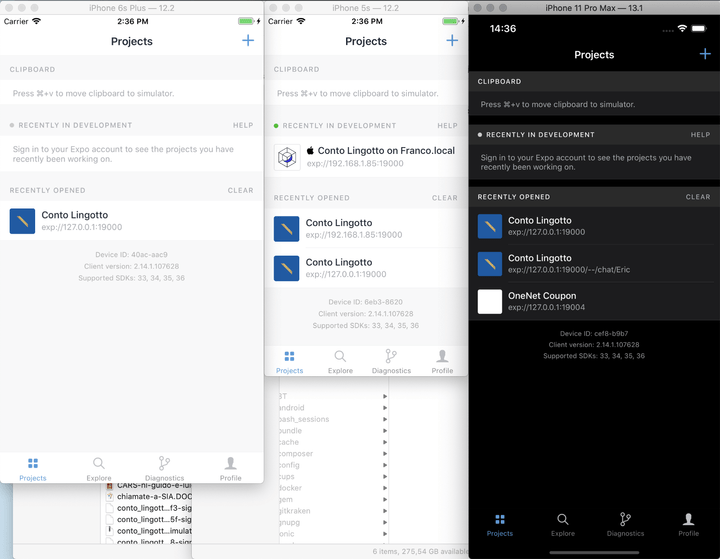 You can always open multiple instances of the iOS Simulator manually, install the Expo app on each one and then launch the app, but it's a waste of time if you need to do it everyday or if you press cmd+q by mistake.

Bash script to the rescue

To fix this problem, we can create a bash script that automatically starts the iOS simultators, installs the latest version of the Expo app and launches your app.

1. Find the IDs of the devices that you want to launch 👀

The best way is to open your terminal and launch

That will outputs all the simulators available on your Mac. They are already sorted by iOS version and by device type. 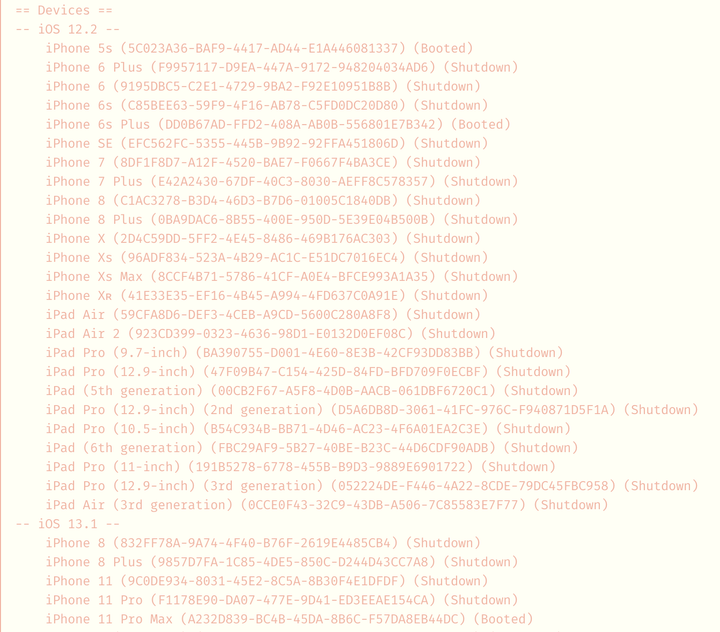 We are going to launch 3 devices: a iPhone 5s, a iPhone 6s Plus and a iPhone 11 Pro Max. Let's copy their IDS (the alphanumeric characters after after the device name) and save for later.

2. Find the latest version of the Expo app

We will need to know the latest version of the Expo app client that will be installed on the simulators (as of January 2020, this is the 2.14.1).

The app is already present on the Expo cache on your Mac, so we just need to go to this folder

And you will find all the app versions already downloaded by Expo.

Create a file named start_simulators.sh (change the name as you want) and enter this code (I found this script on this StackOverflow answer, by Stephan Schlecht):

As you can see, in this script you need to put both the simulators IDs (with quotes and space separated) both the latest version of the Expo App.

Now you need to make this script executable:

Now you can enter in your terminal the command

Now it's time to fix that UI bugs!

Return to all articles

A web analytics tool that is easy to use, privacy oriented and where you don't have to have a marketing degree to know how to use it.

Time Progress shows you the percentage of the current year, month, week and day in the new tab page.